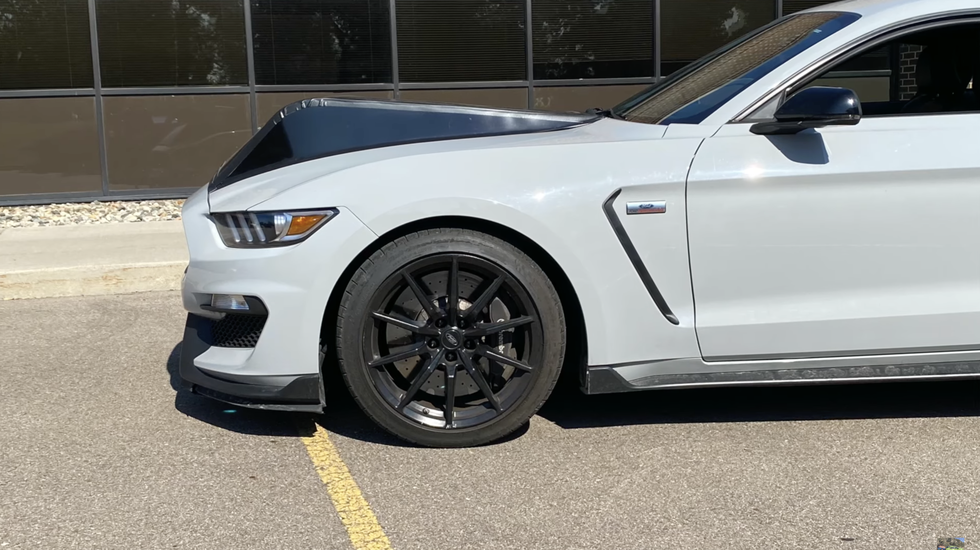 back in march 2022, a flurry of spy shots came out of detroit showing a peculiar ford mustang shelby gt350 prototype sporting an absolutely ridiculous hood bulge. opinions were mixed as to what might be hiding under the hood, but now, thanks to a new video, we know.

revan evan on youtube got the chance to spend some up-close-and-personal time with the gt350 mule alongside a handful of ford engineers, getting a chance to peek under that epic hood structure. underneath? none other than ford's 7.3-liter naturally aspirated "godzilla" v-8.

the godzilla motor is available in the ford super duty and comes offered as a crate motor for those looking to do their own builds. unfortunately, this mule isn't a prototype for a new mustang trim. instead, it's a test bed for ford's upcoming 7.3-liter v-8 and manual transmission combo package. as the drive points out, the company already offers this package with an automatic transmission.

the engineers explain that because this drivetrain runs on its own stand-alone ecu, it could be dropped into anything, from a fifties pickup to a brand-new mustang. the development crew picked this shelby gt350 to use as a tester simply because they had it sitting around.

the reason for that massive bulge? well, the prototype engine has an intake that points to the sky, so engineers needed to fit a manifold that wouldn't clear the hood shut lines. the production manifold will come with a straight-line entrance, making clearance issues a thing of the past.

the more you know.