Video: We Had a Close Call While Driving the 2023 Ferrari Daytona SP3

Video: We Had a Close Call While Driving the 2023 Ferrari Daytona SP3 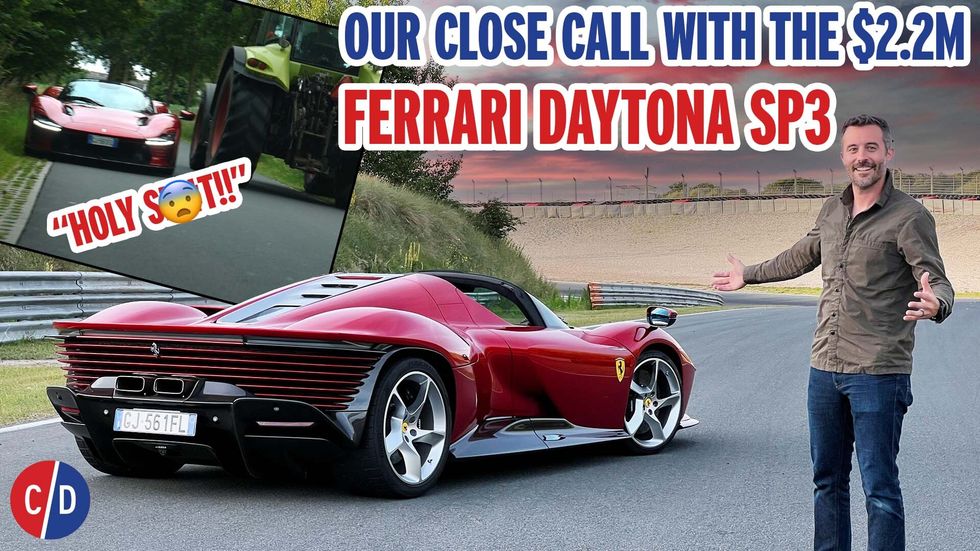 perhaps the greatest advancement of the modern ferrari is that you don’t need to drive it a billion miles per hour in order to enjoy it. while superlative speeds are easily accessible with an 829-hp v-12 and relatively low weight of the 2023 ferrari daytona sp3, reaching for them brings considerable danger to your license, if not the safety of everyone on the road around you.

this video comes from our recent review of the sp3 in the netherlands, where we drove for a few hours on public roads before heading to circuit zandvoort, home of the dutch grand prix, for a handful of low-speed laps. the generally flat topography of the country and the immense popularity of biking there mean that opportunities for speed are few and ill advised.

that's not to say the drive was uneventful. straight as the roads may be, they are also narrow. and often used by tractors. the sp3's 80.7-inch width makes it wider than a ford f-150, and this combination led to several exceptionally close encounters, one of which is shown at the beginning of this video.

fortunately, the encounters never went past close. and though the speeds remained low, we found much to enjoy from the sp3's steering, engine response, and ride quality. watch the video for more details and read our review for more information.