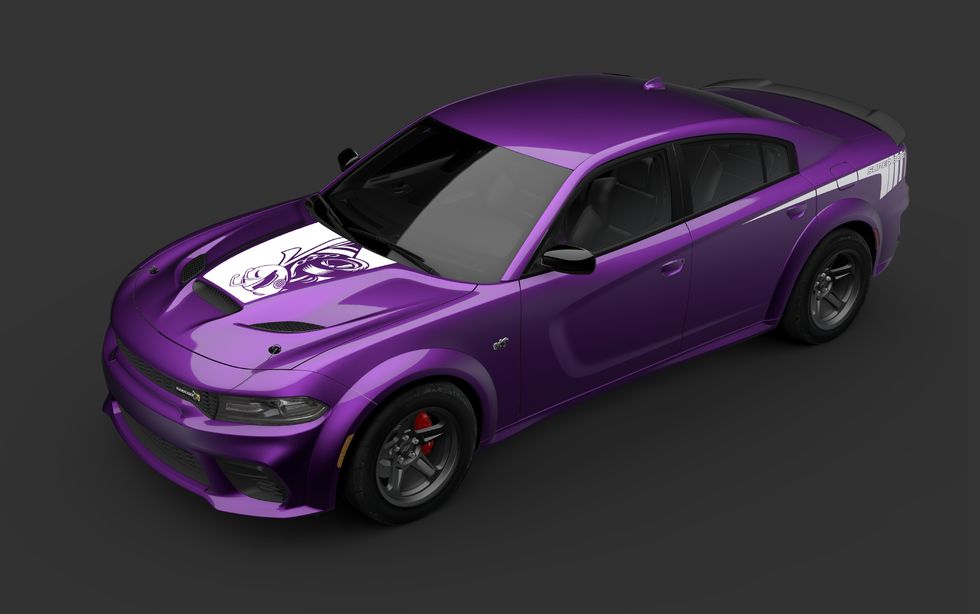 after more than a decade in production, the current generation of the dodge charger is set to be discontinued after the 2023 model year. before an electric replacement inspired by the charger daytona srt concept arrives, dodge is giving the charger (and the challenger coupe) a farewell with a series of “last call” special editions. the 2023 charger super bee is the latest of those sendoffs to be revealed, arriving with unique graphics and performance equipment.

the super bee name first debuted in 1968, based on the coronet coupe, and migrated to the charger in 1971. the moniker returned in 2007 using the charger srt-8 as the base, and then reappeared for 2012 as a 392-powered variant of the current generation, acting as a cheaper performance model below the srt.

the latest super bee continues in that vein, using the scat pack as its base and attempting to balance daily driving with drag-racing performance. to that end, the super bee gains adaptive dampers with a special “drag mode,” and rides on drag radial tires. super bees equipped with the widebody design—which will account for half of production—will use 18-inch wheels wrapped in 315-width tires, while the standard narrow-body super bees will feature 20-inch wheels shod in 275-width tires. other performance gear includes red-painted four-piston brembo brakes, an srt hood with a functional scoop and dual heat extractors, and black srt exhaust tips.

visually, the super bee stands out with a stylized graphic on the hood and a stripe on the rear fender, along with super bee badges on the grille and front fenders. there is also a black mopar hood pin kit, and super bee logos appear on the seatbacks and instrument panel. the super bee is outfitted with equipment from the plus group and carbon/suede package.

dodge will build 1000 units of the super bee. the 500 widebody examples will be painted in plum crazy with white graphics, while the 500 with the standard body will come in b5 blue with blue graphics. pricing will be shared when orders open later in the fall. the super bee is the second “last call” model to be revealed after the challenger shakedown, with five more special edition chargers and challengers coming out this fall. dodge says the next “last call” variant will be revealed september 7.