Please Put This 20,000-RPM Cosworth F1 Engine in Your Car

Please Put This 20,000-RPM Cosworth F1 Engine in Your Car 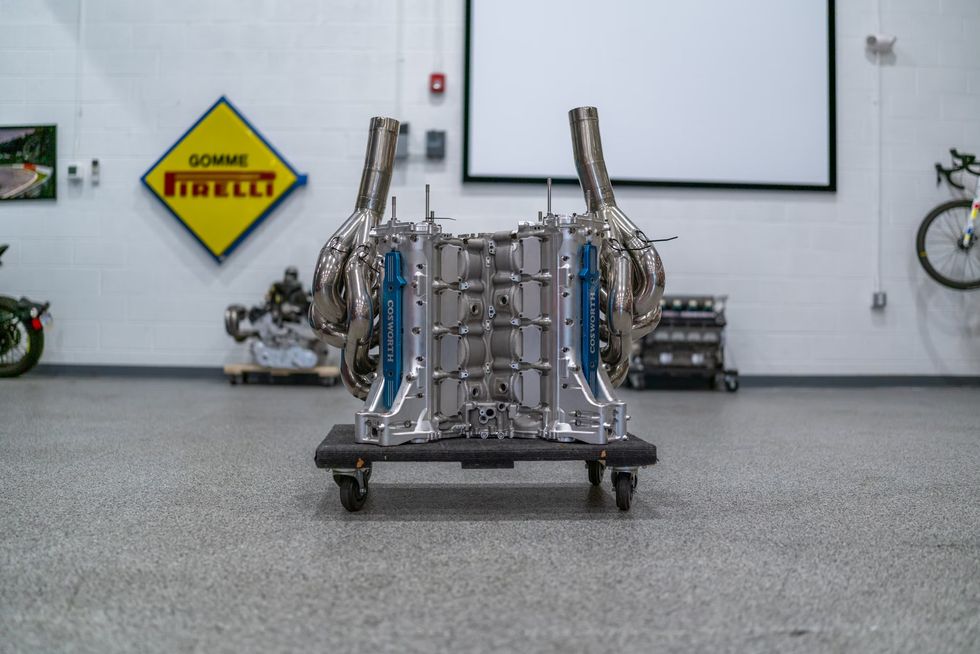 Cosworth has a grand history as a Formula 1 engine manufacturer, led mostly by the iconic DFV line responsible for some twelve driver's championships. Their 2005 to 2013 engine was a minor footnote in that history, a winless attempt to provide engines for teams without a manufacturer connection, but it did at least rev to 20,000 rpm. That makes it compelling, and that makes this Cosworth CA listed on Collecting Cars a particularly interesting prospect.

Before you start looking for a rolling chassis in need of an F1 engine swap, it should be noted that this particular Cosworth V-8 is currently being used as a display piece, does not come with its intake, and its current owner does not know if the sealed engine still contains any internals at all. All of that comes before the obvious issues stemming from buying an engine block without either a transmission or a control unit, two things that would be significantly harder to source for an F1 engine than they would for a run-of-the-mill K20 or LS3.

In other words, this is either the beginnings of a piece of motor racing sculpture or a bill for tens of thousands of dollars in complicated work to make a very specific dream come true. If the former interests you, the engine is currently bid up to $8500 with four days remaining. If you're interested in restoring the motor to its former glory, please tell us about the car you're putting it into when you're done.