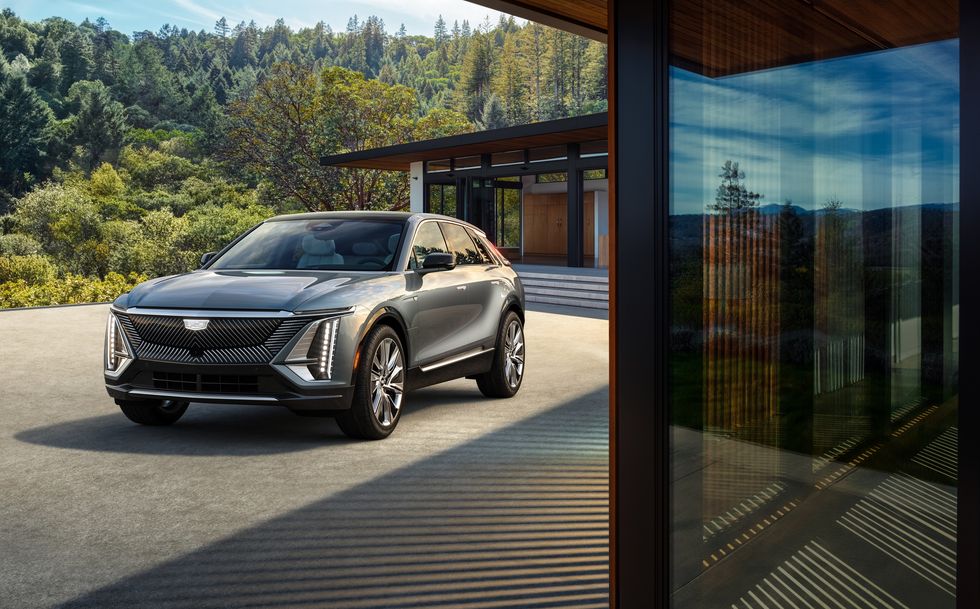 update 7/22/22: the national highway traffic safety administration (nhtsa) is reportedly "in communication" with gm regarding this research program, specifically about concerns the agency has with whether the program's much-talked-about non-disclosoure agreement would prevent participants from reporting safety issues to the agency. nhtsa said it would consider this "unacceptable," according to a wednesday email to the detroit free press.

in a statement to the free press via email, a spokesman for gm said the nda is "not intended to, and does not, prohibit or preclude participants from reporting any issue, safety or otherwise, to nhtsa or any other regulatory body."

if you participate in a clinical trial, you try a certain treatment, allow the researcher to collect data about you and your treatment, and often get compensated for it. cadillac is trying something similar as it rolls out its first all-electric vehicle, the lyriq.

as first reported by carsdirect.com, select buyers were offered a $5500 rebate on their vehicle, which the detroit free press reported was on the condition that gm could collect data on how they use their lyriq. participants also had to sign a nondisclosure agreement prohibiting them from disclosing their experience with the lyriq to anyone but gm.

the program is not widely available, however. only select buyers were offered the opportunity, according to cadillac spokesman michael albano in a statement to the free press on saturday. though he didn’t share the selection criteria, he said that there are about 20 participants, primarily in and around new york, los angeles, and detroit.

albano characterized the participants as "tech-savvy" and "early adopters" and said that "we will use the program to learn more about customer behaviors and their vehicles."

according to albano, cadillac has typically used employees to conduct vehicle studies, but that through researching customers, gm "can see [customers'] charging behaviors, driving behaviors, and how they use the vehicle."

the study is designed to help cadillac identify bugs or problems and learn how their customers use their electric cars. cadillac reportedly sold out of lyriqs within hours of them going on sale may 19, with gm initially prepared to build 25,000 2023 models. the debut edition started at $59,990. eventually, cadillac, like most other automakers, will only offer electric vehicles, so getting their first ev launch right is of utmost importance, especially with the launch of their low-volume flagship ev, the celestiq, just beyond the horizon.

gm did not respond to a request for comment.