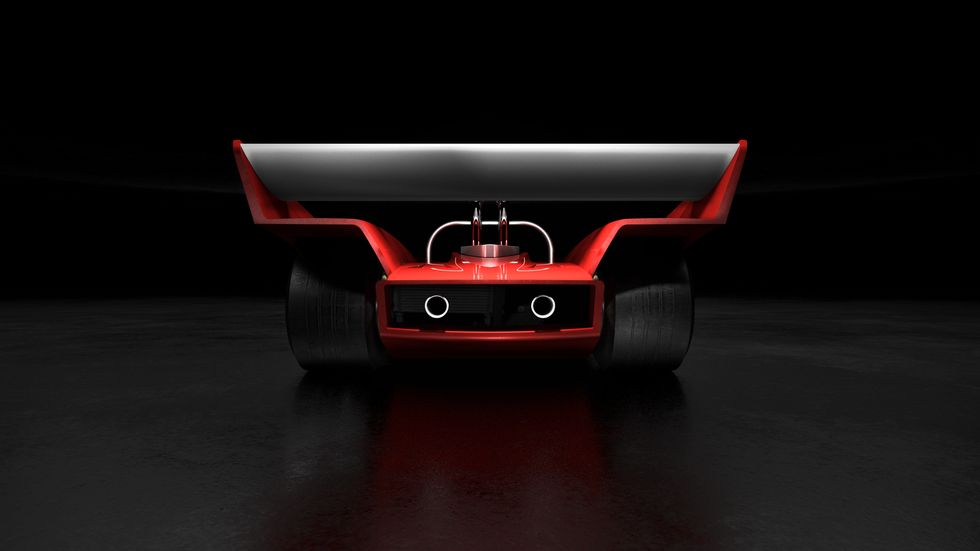 Although Lotus just had its best sales year in a decade, selling 1710 units worldwide in 2021, that's still a small batch of vehicles. But that isn't stopping the company from getting even more exclusive. Lotus has now created a new division called Lotus Advanced Performance (LAP) aimed at creating bespoke cars and experiences for its customers.

We sat down for a chat with Simon Lane, the new director of Lotus Advanced Performance and visionary for the group. Lane comes to Lotus fresh from heading up Aston Martin's similar Q division.

When Lotus announced the new division in February, it released an enticing photo displaying what looks like the rear end of an open-wheel race car with a large wing. Notably, two exhaust pipes can be seen sticking out the back of the teaser car. We think it looks a bit like the Lotus 72, or perhaps the Type 49, but all Lane would give was “It’s clearly a very significant car for Lotus.” Excitingly, Lane also told us that, as the rest of Lotus moves toward full electrification, this division is retaining the right to “play” with internal combustion engines, albeit in very low volumes.

LAP isn’t waiting around to get the ball rolling on production. Lane described the division as having four main “product streams,” with motorsport being one. Earlier this spring, it launched its first car, the Emira GT4 as a dedicated track machine based on the Emira mid-engine sports car. Lane told us that talks have started on what the team wants its next motorsport-focused car to look like, but there are no concrete decisions yet. He did explain that the proposed Electric GT series from the FIA is something his team is looking at, though offered no additional clues on that particular front.

The second “product stream” or “model line” would develop cars built on existing platforms. That means something on the Emira platform other than the aforementioned GT4, something on the Evija platform, or perhaps a performance version of the upcoming Eletre to compete with other performance SUVs. Bespoke options like unique paint jobs or liveries would also fall into this category.

Modern Take on the Past

Here's where things get exciting. The third stream for LAP is set to consist of historic vehicles, both period-correct continuation cars and restomod-style cars with old designs and newer mechanical components.

It’s important to note that these will all be incredibly limited in number. We were told that most cars from Lotus Advanced Performance would have less than 100 made, and some would be as low as single digits.

The fourth stream for LAP is in the experiential world with things like track days or tours of the company’s factory at Hethel. This page shows a great example of the sort of experience Lane put on with Aston Martin and works as a marker for what customers can expect Lotus to put on in the coming months and years.