Listen to Gods Own Engine, the BRM V16, Screaming up a Hill-Climb

Listen to Gods Own Engine, the BRM V16, Screaming up a Hill-Climb 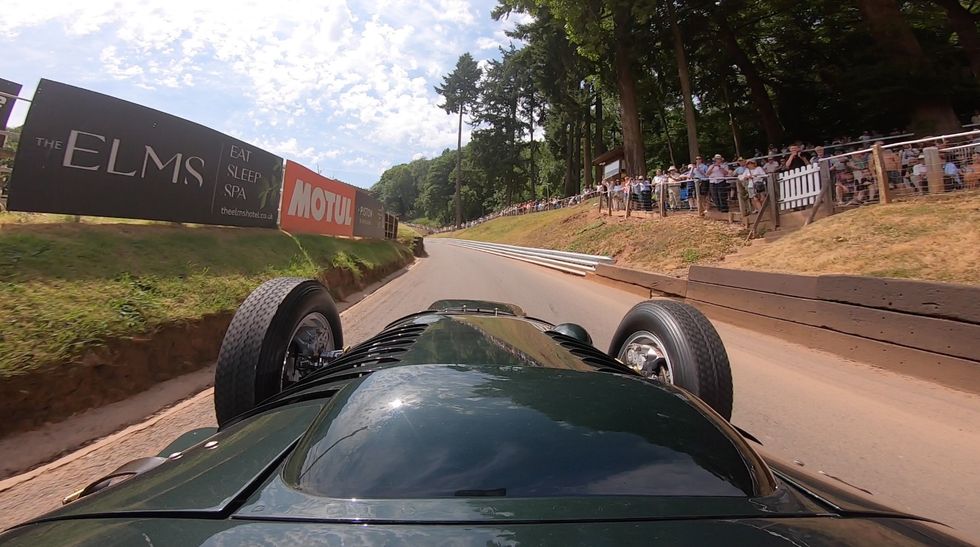 since august 1905, the midland automobile club has run annual hill-climb events outside the village of shelsley walsh in worcestershire, england. the course has remained entirely unchanged in the more than a century since, making shelsley walsh the oldest surviving motorsport course still used to this day. last weekend saw the course host the club's annual classic nostalgia event, where a ton of motorsport's finest machines took turns running up the hill. among the stars of the show was a particularly special british racing icon: the brm v16.

for those who are unfamiliar with this bit of automotive history, the brm v16 is a formula 1 racer built by british racing motors starting in 1947. despite some initial teething issues, the car would race until the end of the 1954–55 season, with drivers including juan manuel fangio and josé froilán gonzález taking the helm in different races.

as the name would suggest, the car is powered by a 1.5-liter v-16 engine that is said to have produced 600 horsepower at 12,000 rpm in period. brm was a brand-new company in 1947, and it was decided that such a technical engine would do wonders in highlighting british engineering might at the time. part of that immense horsepower output from such a minuscule displacement came from the two-stage centrifugal supercharger riding atop the engine, which was designed and developed by the blokes over at rolls-royce.

as you may know, the luxury automaker had some fairly recent experience with building these sorts of blowers, thanks to the merlin v-12's service in world war ii aircraft. in fact, former brm employee and restoration specialist rick hall told top gear that the brm v16 engine is largely a scaled-down variant of that monstrous spitfire powertrain.

the small-displacement engine combined with that supercharger makes for quite an auditory experience, which was on full display at shelsley walsh. septuagenarian status aside, the brm v16 stormed up the course in proper anger. thanks to the number of gearheads present for the festivities, we have a few clips of the action to pore over.

if there is one thing that these old race cars make certain, it's that motorsports has lost something special in the modern era. the engineering and speeds may be more extreme than ever, but there’s nothing in motorsports today that sounds like this thing.