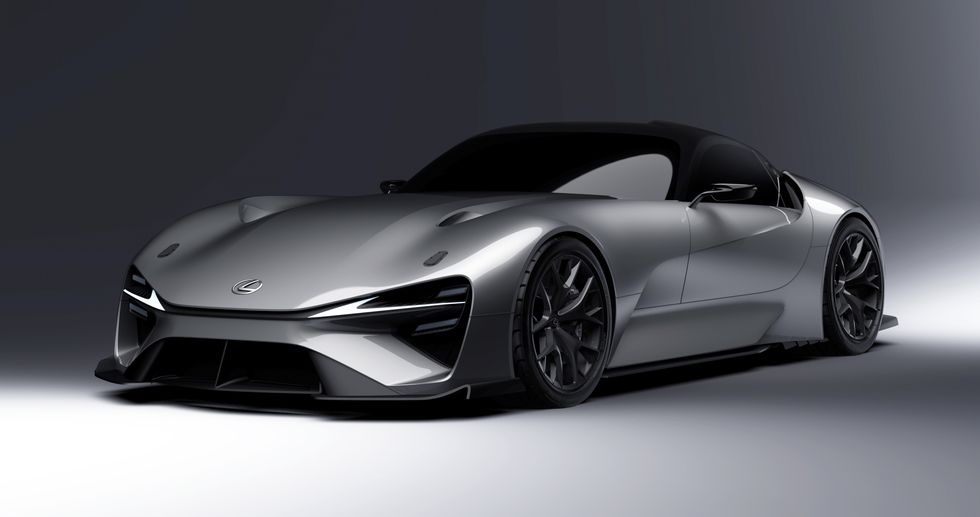 koji sato is a lot of things. he's the president of lexus international, formerly the chief engineer, president of gazoo racing, and operating officer and chief branding officer of toyota. he may soon be able to add "mad scientist" to that list, because sato, in an interview with the u.k.'s top gear, said that he is experimenting with putting a manual gearbox in the forthcoming electric successor to the lfa.

yes, you read that right. he wants to find a way to give an ev supercar a stick shift. if he can pull it off, that's a mission we might be able to get behind.

right now, he's fiddling with software to see if he can simulate the feel of a manual in order to make evs just as engaging to drive as an internal-combustion-powered car.

"it's a hobby of mine, a crazy thing," sato, who was chief engineer on the luxurious lexus lc coupe, told top gear. "i'm looking for better engagement, even in an ev, i want another link from the car to the driver. it's not just about efficiency. i love cars and want something different."

it would certainly be different. generally, evs don't use a multi-gear transmission, because they are efficient across a broad rev range and can produce maximum torque from zero rpm, unlike gas-powered engines. ev motors are also high-revving. for context, the tesla model s plaid's electric motor can rotate at up to 20,000 rpm—the lfa's v-10 redlined at 9000. this means a single gear ratio can get a car from zero mph to its max speed.

sato points this out as an aspect of lexus's yet unnamed ev supercar that could have an edge against the lfa. "vehicle response is one of the advantages of the e-motor, the sudden torque is a very unique character with a bev—the driver can expect a quicker reaction to their input," he told top gear.

still, the power and efficiency of electric motors fall off at high rpm, which is why the porsche taycan and audi e-tron gt use a two-speed gearbox for the rear motor. the first tesla roadster also was supposed to get a two-speed manual that never came to be. some formula e cars even used to utilize multi-speed gearboxes, with lucas di grassi winning the 2016-17 formula e world drivers' championship for abt schaeffler audi sport in a car outfitted with a three-speed transmission.

all this to say, maybe sato isn't as mad as he seems. while his software simulation of a stick shift isn't quite the same as actually using multiple gears and who knows how realistic or involving it might be, it's still one of the innovations that could set apart the ev supercar.

the unnamed concept, which does not yet have a due date, is claimed to get to 60 mph in the "low-two-second range" (the lfa did it in 3.7 seconds) and have a range of about 435 miles thanks to in-the-works solid-state battery technology. it will also use torque vectoring to improve handling and "realize vehicle dynamics," according to sato, as well as steer-by-wire.

being lightweight and aerodynamic is key to the new supercar. the lfa was notoriously a carbon-fiber animal, but sato was tight-lipped about whether that would extend to its successor: "we look at the lfa heritage and use carbon fiber as necessary."

however, all this tech talk is secondary to his main goal with the car.

"i really want this car be a halo, a showcase for the future of lexus driving dynamics, to express the overall lexus driving signature."

if sato can bring evs closer to saving the manuals in the process, we're on board.