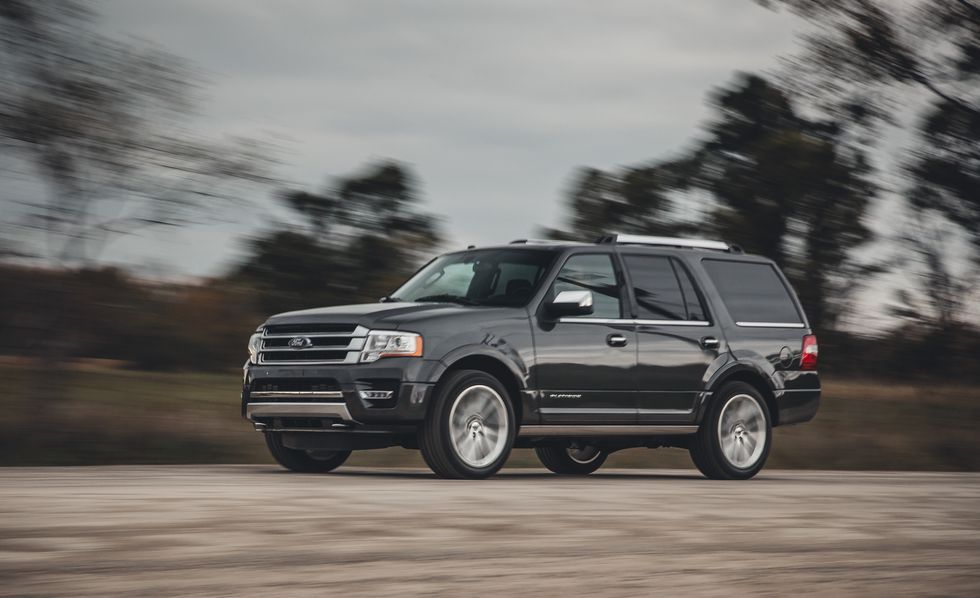 ford motor company will recall 198,482 2015–2017 ford expedition and lincoln navigator suvs because of the danger of an interior fire. the automaker believes the problem is a defect in the blower motor located behind the glovebox.

although the company has been unable to pinpoint a cause of the motor failure, there have been 25 reports of fires in these vehicles, of which 13 were localized to the area of the blower and 12 caused more extensive damage, including one report of injuries to a person's hand. in every case, vehicles were running at the time the fires started. some owners have also reported "an inoperative fan, burning smell and/or smoke from the instrument panel vents while the vehicle is on" as symptoms of the problem.

a report filed with the national highway traffic safety administration (nhtsa) says this same design of blower motor has been installed in expedition and navigator suvs from the 2009 through 2017 model years, but only the three most recent model years are being recalled. the later model years "[coincide] with a reduction in blower motor production volumes from the supplier," according to the chronology filed with nhtsa, although it doesn't explain what, if anything, changed about the blower motors. the report also says that data shows this current problem does not seem to exist in vehicles from the earlier model years.

in may, ford recalled 66,221 of its 2021 expedition and navigator suvs for a separate, unrelated problem that caused reports of underhood fires. in that case, ford advised owners to park them outside away from buildings or other vehicles until they could be seen by dealers to replace a defective battery junction box.

owners will receive notifications starting on september 12. dealers will replace the front blower motor assembly, and in the meantime, owners can check the nhtsa recalls website for updates or to determine whether their vehicle is affected.