Cars for a Real-Estate Agent: Window Shop with Car and Driver

Cars for a Real-Estate Agent: Window Shop with Car and Driver 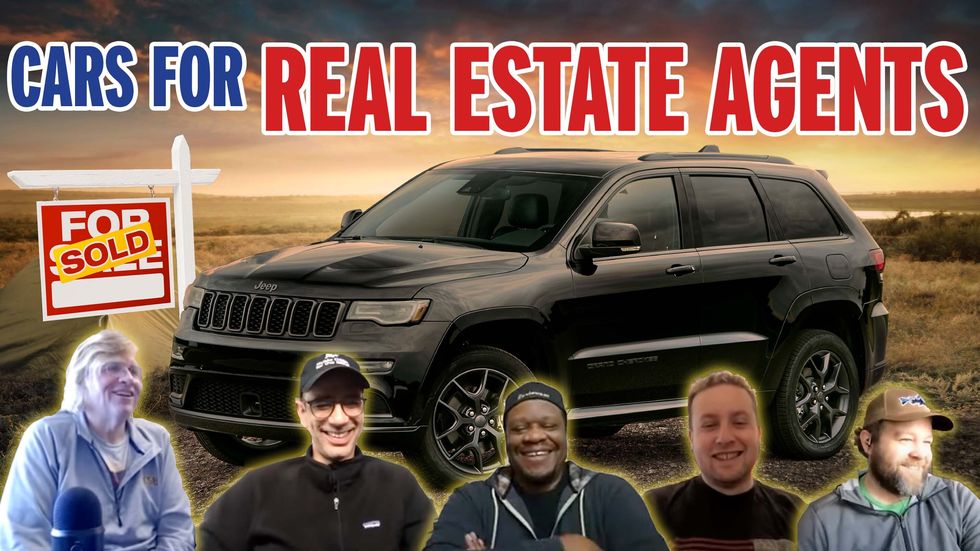 this week's question comes from a viewer who asked the oracles of the window shop series: what's the perfect car for a real-estate agent? any experienced realtor would have asked in return: what are you selling and where? you can't sell million-dollar homes in a pontiac, but you can't sell off-grid north dakota yurts in a bmw 7-series.

lacking such information, the episode turned into another myers-briggs test for the panelists. the genteel john pearley huffman needed a mere 90 seconds to land on a vintage mercedes s-class. it looked more likely to be promoting fire-sale tract homes in a tucson suburb, but like so much real estate nowadays, it's a fixer-upper that just needs a little vision.

joey capparella went for a slice of history—his own—securing the keys to a land rover lr2, a vehicle that had been owned by a real-estate agent in his past. although that realtor made the house sale, perhaps capparella should have heeded the instincts of his youth when it came to the landie. unless he was trying to sell condos and colonials in connecticut.

jonathon ramsey sent one right up the middle, aiming to satisfy the greatest number of real-estate agents in the largest geographical area. his jeep grand cherokee wouldn't win any awards for style, but as the automotive equivalent of a two-bedroom ranch house on a quarter of an acre, it's familiar and approachable, and the driver probably hosts great grillouts.

k.c. colwell prioritized space and comfort for his clients, pulling up in a genesis g90. in fact, depending on his real estate beat, the interior of his car might have been nicer than any home he had to show.

tony quiroga yet again defied expectations, nabbing a lincoln that everyone can fit in and that nobody loves. this one's for the new real-estate agent still doing his overnight uber gig while he waits on his first big commission check. but these days, there are probably more than a few of them out there.

hop in and come check out our model episode. we really think you're going to like this next one.