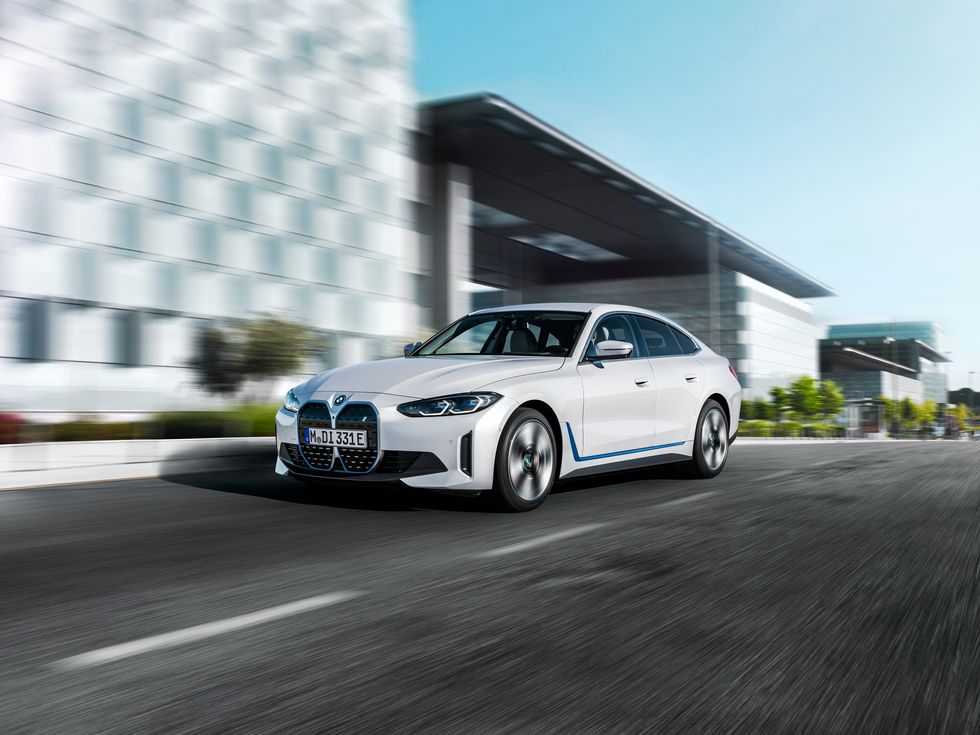 if you want to be ballin' on a budget and reduce your carbon footprint in the process, bmw has just announced the car for you. the i4 edrive35 is a new addition to the i4 model range that starts at $51,400, making it the bavarian automaker's most affordable ev. the edrive35 joins the edrive40 and m50 in bmw's electric spin on its ice-powered 4-series gran coupe. shipments to the u.s. are expected to begin in early 2023.

as for range, bmw estimates the edrive35 should deliver a 260-mile epa range, situated between the edrive40's 301 miles on the base 18-inch wheels and the m50's 227 on optional 20-inch wheels. all of this is courtesy of the edrive35's smaller battery. both the edrive40 and the m50 share the same 81.5-kwh battery, but the edrive35's only has a net capacity of 66.0 kwh, and charging speeds max out at 180 kw compared to the other two models' max rate of around 200 kw.

if you're noticing a pattern, it's that the edrive35 offers less for less, but aside from powertrain specs, it remains unchanged from the edrive40. it will have the same standard and optional features and equipment, so if power isn't the most important thing to you, the edrive35 could be a good option for getting the look and feel of the i4 at a more attainable price.