As Hyundai/Kia Thefts Grow, 2 Victims of the TikTok Trend Show Us What Happened to Their Cars

As Hyundai/Kia Thefts Grow, 2 Victims of the TikTok Trend Show Us What Happened to Their Cars 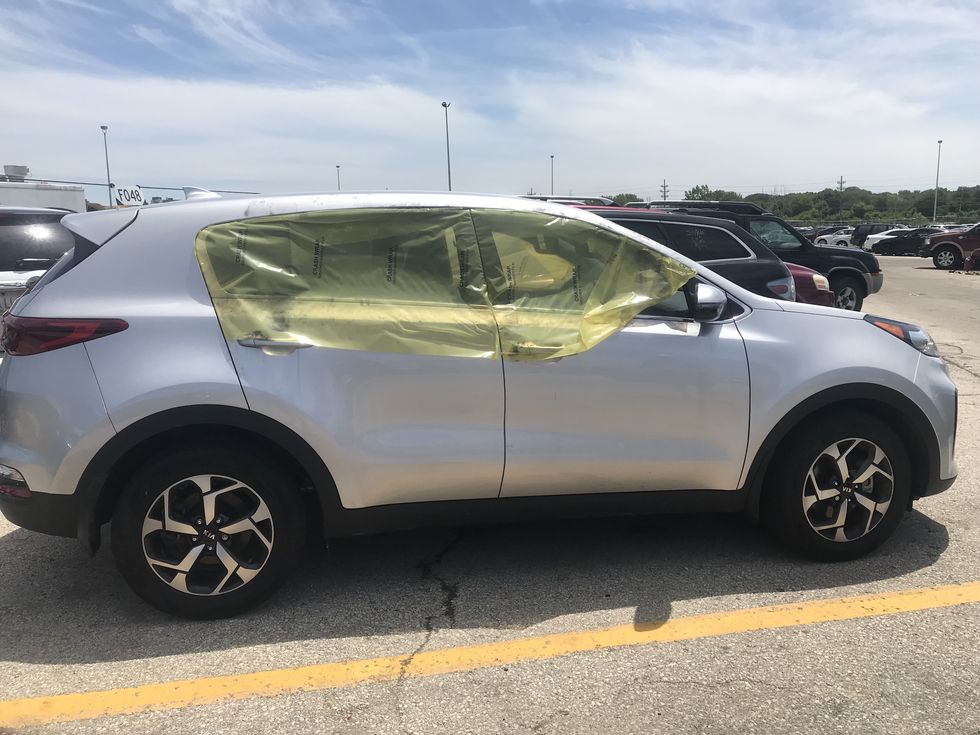 ever pop into the gas station to pay for your gas, only to come rushing back out because your child or other passenger tried to open the door from inside the locked car and set the car alarm blaring? all modern cars have some form of a security system in place. teslas even feature a sentry mode that utilizes the vehicle's exterior cameras to ward off potential thieves. but despite the best efforts of automakers and car owners, there are ways for people to steal a car, especially if they figure out how to exploit a weakness. lately, you may have heard of an internet trend referred to as the kia challenge, which started on the tiktok social media app. the trend involves thieves filming themselves breaking into a car and taking it for a joyride before dumping the car and abandoning it.

thanks at least in part to the tiktok encouragement, thieves have been targeting kia and hyundai vehicles that use key-based ignition rather than the push-button start found in newer vehicles, including most newer hyundais and kias. according to the owner of an auto-repair shop quoted in the milwaukee journal sentinel, thieves know they can break a back window on these brands of vehicles without setting off the alarm system. once in the car, they can have the car running and are driving away in under one or two minutes.

how a stray usb cable can be your undoing

the thieves claim that if they pull back the covering on the bottom of the steering column, they can start the vehicle with nothing more than a usb cable. outside of becoming a twisted viral trend, the reason these brands have become targeted is that many models lack a crucial anti-theft device known as an engine immobilizer. engine immobilizers use a transponder, often with a two-code system where your car and corresponding key play a quick game of telephone to verify who is really trying to turn the engine over. until november 1, 2021, vehicles produced by hyundai that used physical key ignition systems did not include immobilizers. a kia spokesman told c/d that "the majority of" u.s.-market kias do have an immobilizer, but universal application of the safety feature didn't start until the 2022 model year.

from tide pods and flossing to grand larceny

the tiktok trend that's contributing heavily to the problem seems to have started when a group calling itself "kia boyz" produced a video tutorial shot in milwaukee showing how to steal a hyundai or kia. as the chart below from the milwaukee police department shows, the city has seen record numbers of stolen vehicles in the past two years, with hyundai and kia models becoming the main target of crimes. it has become enough of a problem that the university of wisconsin-milwaukee police department is offering free steering wheel clubs to all students, staff, and faculty who own a car from either brand.

one student, luke rapisarda, had his 2016 kia sorento stolen in august 2021. rapisarda told car and driver that his car was stolen in the early morning while parked on the street in milwaukee. he explained that the thieves pulled down the steering column covering and used his own usb charging cable to turn the ignition. the car was found eight days later in the town of brookfield, 15 miles away. the front driver's-side tire was flat, and the vehicle had been damaged inside and out. according to rapisarda, the insurance company filed it as a total loss.

taylor browne told c/d that she parked her 2020 kia sportage in an uncovered, paid parking lot within milwaukee's third ward. a co-worker of browne's noticed someone break the rear window of her vehicle and started recording a video on her phone from an office window, once the thief was inside. browne's unfortunate incident shows just how easily thieves can steal these cars. the recorded video is 39 seconds in total, with the now stolen vehicle seen at a distance driving away with 12 seconds remaining in the video. we don’t know exactly how long it took the thieves from breaking in to driving away, but it was somewhere under the one-minute mark. browne's experience proved to be even scarier than rapisarda's: her car was recovered a week later sporting three broken windows and three bullet holes on the driver's side. browne told c/d that her insurance company deemed the car to be totaled.

while the internet trend started in milwaukee and certainly still plagues the city, with more than 3300 hyundai and kia vehicles stolen so far this year, the trend is not solely due to a tiktok challenge, and it's not isolated to that city. the publication urban milwaukee acknowledged that, reporting that thefts in chicago are up over 750 percent year over year and in saint petersburg, florida, more than 40 percent of stolen vehicles were made by either kia or hyundai. according to this report from denver7, thefts in that city have become so numerous that the insurance company progressive restricted coverage for these brands. all of this is happening even though, according to the national insurance crime bureau (nicb), no vehicles from either manufacturer made it into the top 10 most stolen vehicles in the country in 2021. that's good. but when you look at wisconsin data, seven of the top 10 spots come from those manufacturers. in colorado they account for three.

how the carmakers are responding

a hyundai spokesperson told car and driver that all of its vehicles produced after november 1, 2021, come standard with immobilizers. the automaker points out that all of its vehicles "meet or exceed federal motor vehicle safety standards" and that the company is working with local law enforcement to make steering wheel locks available for affected owners. beginning october 1, 2022, the company will also begin selling a firstech/compustar security kit which it says targets the method of entry thieves are using to get into the vehicles. the company has not announced pricing for this kit, but a quick check of best buy shows that at retail, compustar remote access systems range from $75 to $600.

c/d also contacted kia, and a spokesperson said that, although no vehicle can be made "completely theft-proof," the majority of kias in the united states now include key-fob and push-button start, making them harder to steal. all kia models produced for the 2022 model year will have engine immobilizers equipped either at the beginning of the model year or as a running change, the spokesperson said. kia also noted that it has been and will continue to provide steering wheel lock devices to local law enforcement at no cost, and those agencies are offering them for free to citizens with at-risk vehicles to protect. kia also offers a paid stolen vehicle recovery service to assist in the recovery of stolen vehicles and asks owners to call the consumer assistance center at 800–333–4542 if they have questions.

so, what's a car owner to do? the addition of immobilizers for the 2022 model year is certainly a step in the right direction for kia and hyundai, as is the companies' willingness to work with local law enforcement to provide steering wheel clubs. aside from that, the best defense to these thefts right now seems to be parking your car in a secure location, and that's a good idea no matter what brand of car you own. a closed garage or at the very least a steering wheel club will hopefully be enough to deter teenagers seeking the thrill of a joyride in your car.