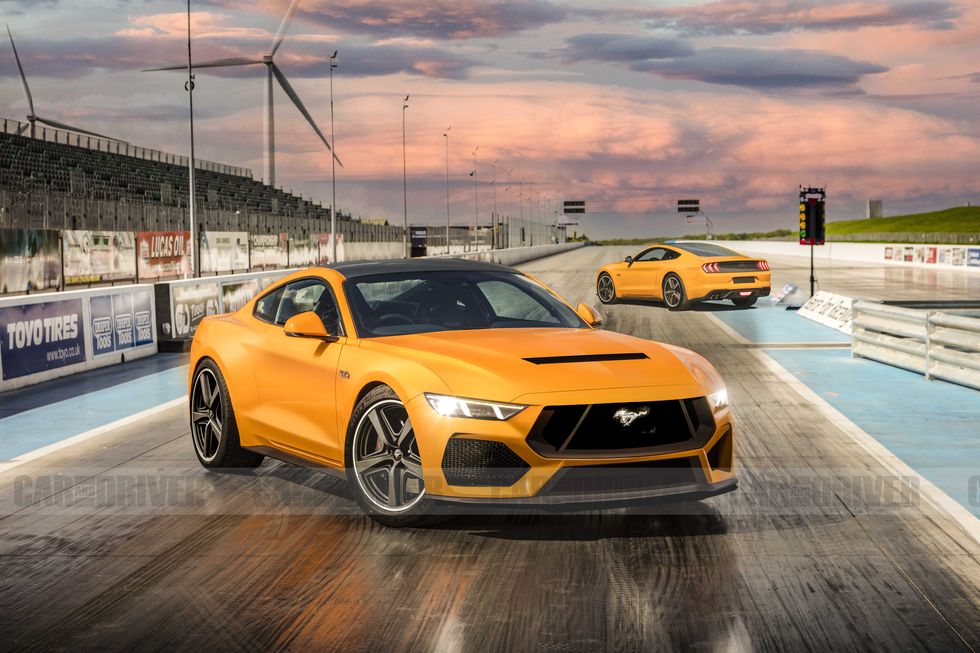 update 7/27/22: the new generation of the ford mustang, code-named s650 and likely to arrive for the 2024 model year, will debut september 14 according to ford ceo jim farley. it'll make an appearance at the detroit auto show and ford is touting the fact that it'll offer a manual transmission (#savethemanuals).

the glory days of brightly colored plum crazy challengers, burnt orange camaros, and grabber green mustangs burning down woodward avenue are unfortunately numbered. but they’re not done yet. while the chevrolet and dodge camps are showing signs of slowing down, there’s a rumble reverberating from dearborn in the form of a redesigned 2024 mustang. we thought the 60th-anniversary 'stang might debut on april 17, 2023, the day the original mustang bowed at the 1964 new york world’s fair, but ford has since confirmed that it'll make its first public appearance at the 2022 detroit auto show on september 14.

judging by the camouflaged mules we’ve seen roaming the streets of southeast michigan, we don’t expect the exterior design to stray far from its current look. however, the interior will undergo a major makeover with a digital instrument cluster that wraps into a driver-focused infotainment touchscreen with added buttons for basic functions.

it’s no secret that the camaro’s alpha platform outhandles the mustang’s current s550 chassis. ford hopes to correct that with the seventh-generation car, dubbed the s650. under the hood, expect the turbocharged 2.3-liter inline-four to produce around 320 horsepower, and we wouldn’t be surprised to see a hybrid variant join the herd. if a hybrid keeps the 450-plus-hp v-8s coming, we’re more than happy. if the hair-raising 760-hp supercharged 5.2-liter v-8 from the gt500 survives, we’ll be thrilled. a six-speed manual and a 10-speed automatic are likely to return.

like the current-generation mustang, the new s650 should have an eight-year life cycle, and expect the pack to add performance variants year after year. those faster ponies might come fast though, as 2026 brings more stringent corporate average mpg requirements.

though further details are still months away, we do know one thing: ford and multimatic motorsports will produce a mustang gt3 race car that’s set to debut at the 2024 rolex 24 at daytona. could it spawn a mustang gt3 for the street? watch this space.

this story was originally published may 9, 2022.