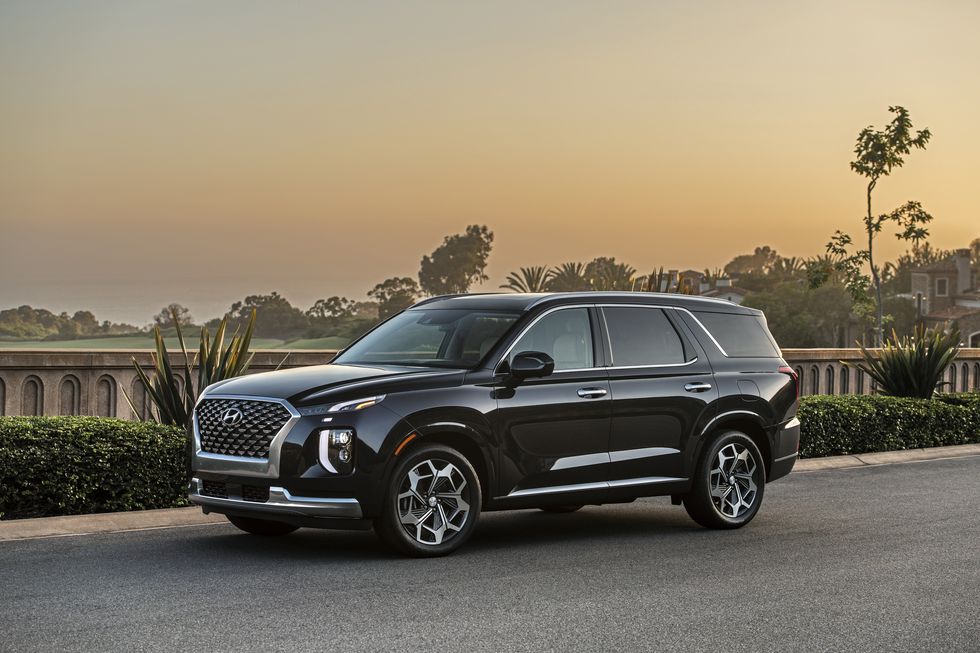 over 280,000 hyundai palisades and kia tellurides from the 2020—2022 model years are being recalled due to potentially faulty tow-hitch harnesses that can cause a fire while the suvs are parked or driving. hyundai and kia today also issued a stop-sale on affected models at dealers and processing centers that haven't been sold, per the national highway traffic safety administration (nhtsa).

according to separate filings yesterday with nhtsa, hyundai reported that about 245,030 palisades are affected, and kia reported that about 36,417 tellurides are affected. both reports indicate the fire risk stems from an electrical short circuit that can happen when debris or moisture accumulates on the printed circuit board for the tow-hitch harness module. the harness may have been installed as original equipment or as an accessory through a dealer. hyundai confirmed details of the recall to car and driver, but kia hasn't yet responded to a request for comment.

hyundai and kia are still currently finalizing plans for the fix. in the meantime, both automakers are advising owners of affected vehicles to park outside and away from buildings until the recall is addressed. in its nhtsa report, hyundai states that owners can continue driving their palisades and describes plans to remove the fuse for the tow-hitch module as an extra measure of protection.