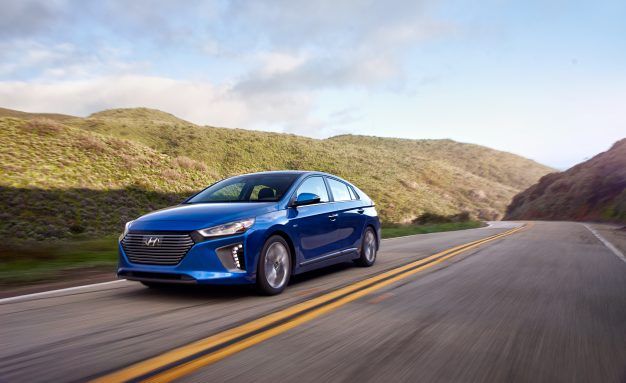 if the news about a hyundai ioniq recall for danger of fire sounds familiar, it should. in new filings with nhtsa, hyundai reports that previously recalled ioniq hybrid and plug-in-hybrid vehicles are being called back again. the problem, hyundai says, is a defect in the power relay assembly of 10,575 ioniqs. this could cause the assembly to overheat, leading to risk of heat damage and fire where the assembly is located under the rear seats.

the same set of vehicles was recalled in october 2018 for the same issue. at that time, hyundai's remedy was to replace the main relay or the entire assembly, depending on the extent of the damage. the original filings claimed no accidents or injuries were reported.

post-recall, four fires have been reported in the past year, according to the chronology of events. in addition, hyundai has identified five "vehicles that were improperly repaired" in a survey of 11 previously recalled ioniq vehicles. the automaker estimates only about 1 percent of the 10,575 vehicles will be found to have a problem.

dealers and owners will be notified by august 26, and owners should have their vehicle inspected by the dealer. affected vehicles will have their main relay or pra replaced free of charge regardless of warranty status, with the component provided by a different supplier than the defective components. until then, illumination of the hev warning light or an inability to start could indicate a problem with the vehicle. you can check if your vehicle is affected on the nhtsa recalls website.