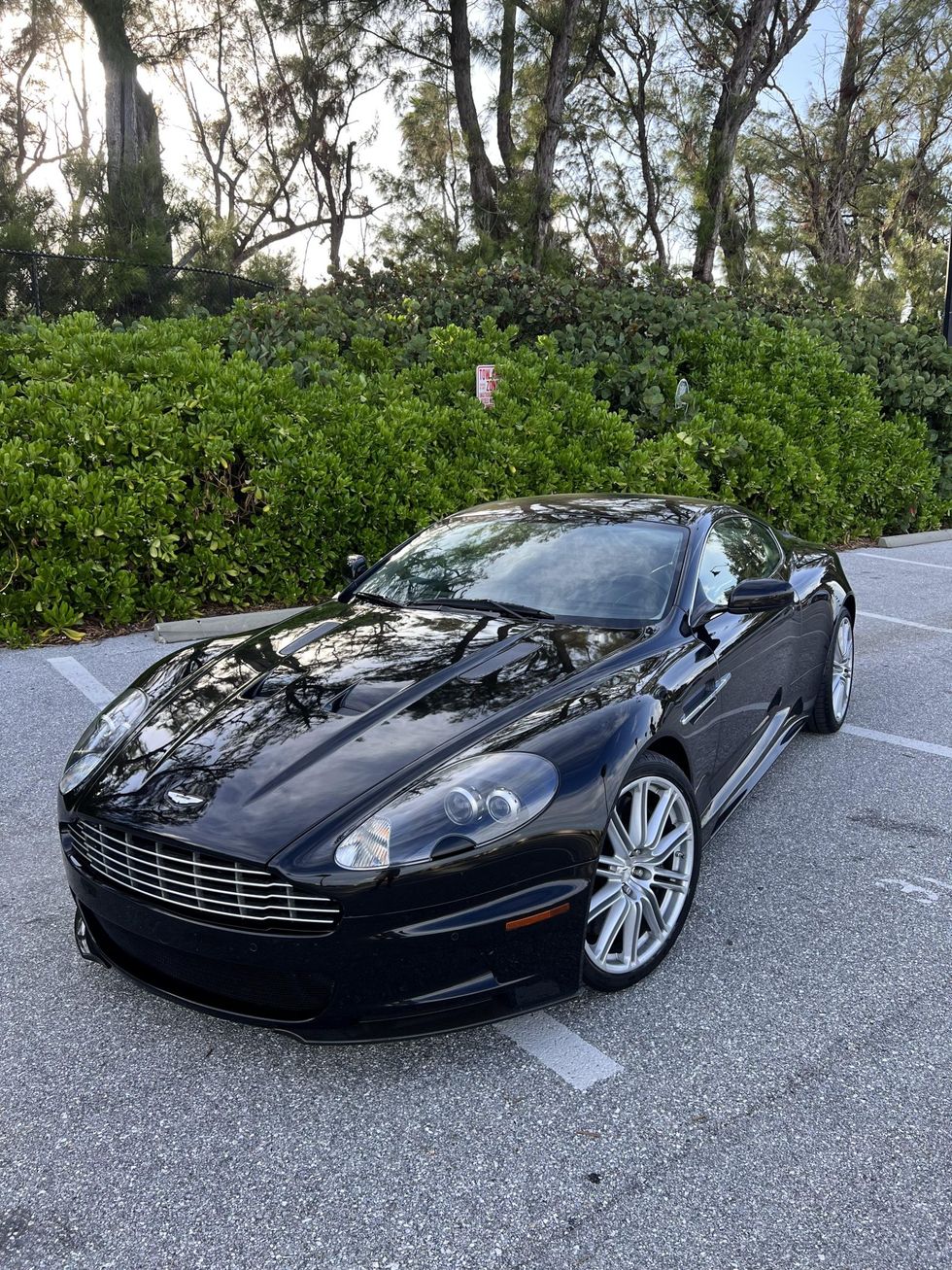 • this 2009 aston martin dbs currently up for sale on bring a trailer looks like the perfect grand tourer to drive into the electric era.

• it features a 5.9-liter v-12 paired to a six-speed manual transmission, and it produces 510 horsepower and 420 pound-feet of torque.

• despite 46,000 miles logged on the odometer, this dbs seems well cared for and includes recent services including fresh tires. bidding ends thursday, september 8.

grand touring cars should look great, offer top-notch luxury, and provide incredible performance. the best grand tourers offer manual gearboxes and high-cylinder-count engines as well. the aston martin dbs shown here, and for sale now on bring a trailer (which like car and driver, is part of hearst autos), has all of the above.

looks are subjective, but i would argue strongly in favor of the dbs as one of the most heart-wrenchingly beautiful cars in the modern age. the body lines flow smoothly from the iconic front end over squatting hips at the rear. the dbs looks akin to a jaguar waiting patiently in the weeds, ready to pounce.

by modern standards, of course the dbs falls behind. the car is over 10 years old, leading the infotainment to look a bit too much like your first flip phone. but infotainment isn't why you buy a rear-wheel-drive, six-speed gt car with a 5.9-liter v-12 ready to roar through its gears. neither is the aston martin–branded umbrella, but it would be fun to show off at a saturday cars and coffee.

the v-12 here may have 46,000 miles on the clock, and repairs probably run near the cost of a few vital organs, but this dbs does seem well cared for. perhaps you recognize the dbs from casino royale, in which freshly minted bond daniel craig flips his dbs so as not to run over his lady love. high mileage can be scary, especially with a supercar, but if it were my money, i'd take the risk.

we may have given the edge to a ferrari 599 gtb fiorano in a 2008 comparison test, but that was before i got here—and anyway, the author referred to the dbs as "mighty fine." those sparkling words of praise, diy shifting, and a raucous v-12 should convince any prospective bidders who are on the fence—assuming they can afford the six figures it is likely to go for. with six days left before bidding ends on thursday, september 8, the high offer is at $80,000 and sure to go way up from there.